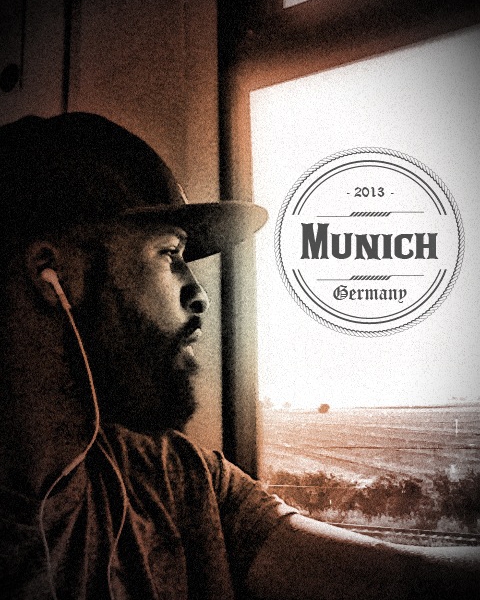 Question, how does it feel to grow up where you were born?  How does it feel to be able to drive past the hospital where you took your first breath?   How about the feeling you get when you wear a hat of your favorite team from your hometown?  These are things you may never think about but I’ve spent my entire life giving mixed answers to the question “Where are you from?”.  A great shorthand answer to the question is “Atlanta” but the truth is that I was born in Bitburg, Germany.  I choose to say Atlanta because if I say Germany 99% of the time there are 3 follow-up questions: “How long where you there?”, “Oh, you speak German?”, and “What’s it like there?” to which I reply 6 months, no, and I don’t know. Eventually, those answers got old and I made it a goal to be able to say that I have been (back) to Germany with details and stories to tell.  It took me 27 years to make that dream a reality but I did it and here’s the story.

As I planned this trip my initial goal was to travel to Bitburg but in the process I found it very complicated and timely. For starters, Bitburg’s airport has been out of commission for years. The nearest accessible cities are Dusseldorf which is about 2.5  hours away, and Munich which is about 6 hours away.  After several conversations with co-workers who have traveled to both destinations I chose to visit Munich.

Much like my experience in Tokyo, I chose to stay in a hostel during my stay in Munich.  This trip was actually completed a year before the Tokyo trip which made this my first experience of staying in a hostel.  Unfamiliar with the way a hostel operated I wanted to make sure that I was staying in the best possible location Munich had to offer.  After a day or two of researching hostelworld.com, I decided to stay in a place called Wombat’s which showed to be the one of the most popular and awarded hostel chains in Europe.  Wombat’s was a very, very fun place to stay.  Some of the accommodations included a wi-fi café, coffee bar, pool table and gaming area.  The pricing was very fair as I paid €49.50 ($59.26) for a two night stay in a 10 bed dorm.

Step 1 upon arrival into Munich would of course be getting from the airport to the hostel which wasn’t as bad as I expected it to be.  This was my first trip out of the country by myself so I did some research on how to maneuver around the train system to get where I needed to be.  My obstacle became trying to decipher my step by step screenshots I saved on my phone and navigating through the train system map (as seen above).  It was a bit confusing trying to translate many of the signs and find the correct direction. I showed an airport employee my final destination and had them highlight the best train station on a map.  The train ride took approx. 45-50 minutes from the airport to the hostel.  When I got off the train the first thing I noticed was the plethora of Mercedes Benz on the roads.  As I was aware that Mercedes Benz was founded and manufactured in Germany I did not expect to see them used as everything from taxi’s to UPS trucks.  I found it fascinating to see a car of such value in the States so commonly used.

Upon arrival to Wombat’s, I saw a sign for free tours in Munich and since check-in wasn’t until later in the afternoon I joined the group and set out to see the city.  Our tour guide was very knowledgeable and detailed in the Bavarian culture.  He told us a lot about the history, politics, and social life of Munich.  Along the tour we saw many landmarks and sites, my favorite being the  Eisbach.  The Eisbach is a small man made river that creates a current large enough for people to surf. It was pretty cool just seeing this in the middle of the city, not often that you find that type of recreation in a natural setting. 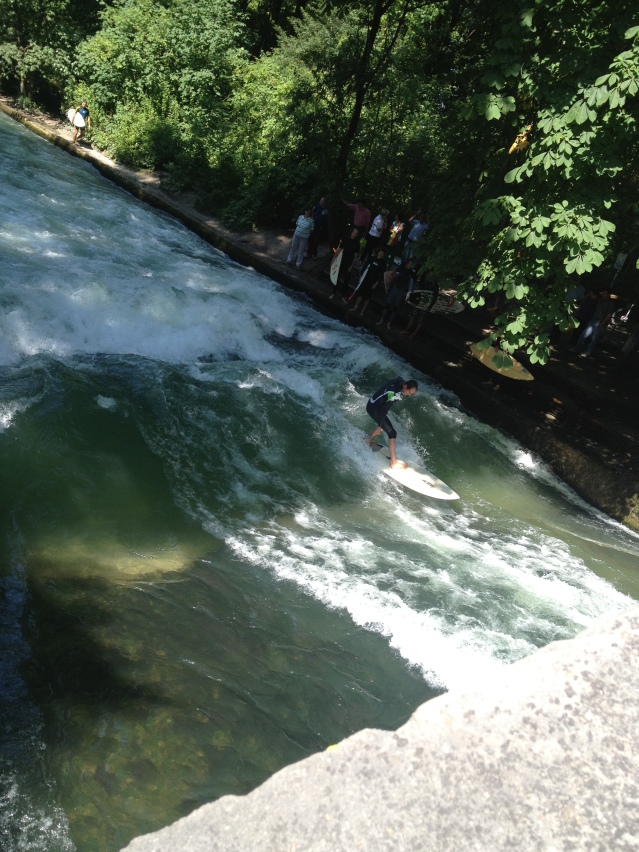 My second day in Munich I had the option of going to Disneyland or visiting Dachau.  As a former history major, I chose to visit Dachau to learn the story of the first Nazi concentration camp.  I must say that I was overwhelmed by the visit to Dachau, just walking through the gates upon arrival gave me the chills.  The camp as you can imagine was bare and was set up as a museum.  We first took a tour of the main museum and listened to the stories our hosts told us while observing the clothing and setting of those times.  From there we walked through the bunks, fields, and gas chambers of the camp.  Walking through the gas chambers was the most eerie part of the tour.  All of these visuals were tough to see and to know the nature of which they were used years ago made it hard to fathom.

The gates to Dachau.. 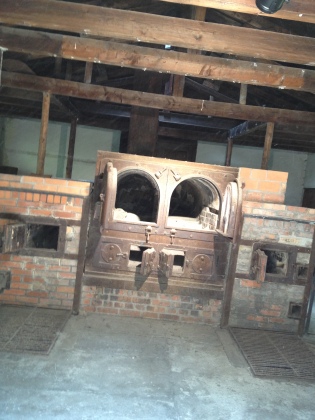 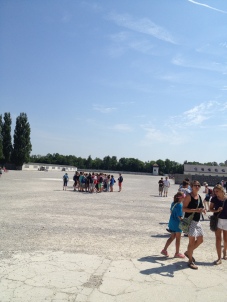 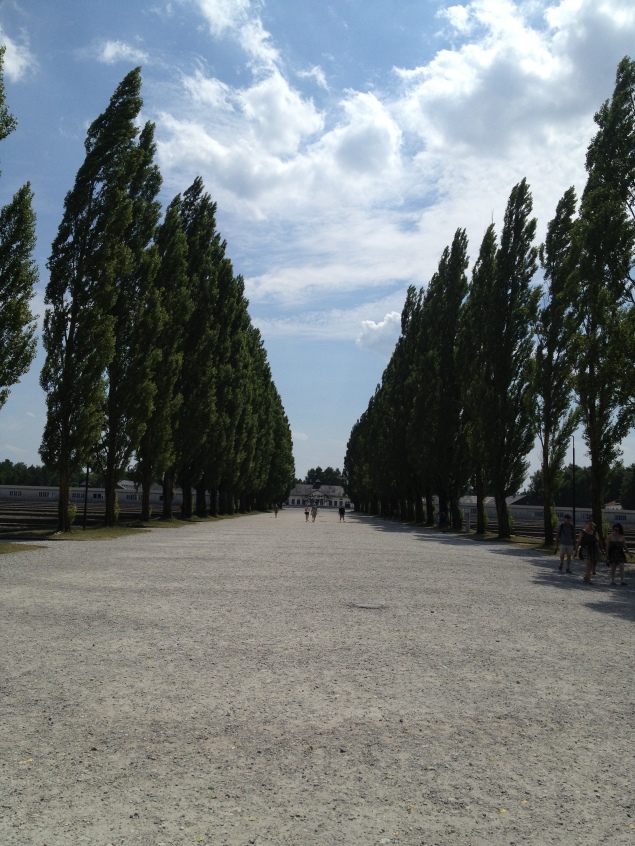 Our tour guide took us all around the city, showed us the great architecture and the some of the best food and beer Munich had to offer.  Munich is also the home to biergartens, (beer gardens), which is where we spent our meals.  These beer gardens are big open fields with tables and vendors offering food and beer.   The experience was very unique in that we were eating outside in a food court like setting.  We ordered our food/beer from the vendor of choice and ate our meal at the one of the many crowded tables in the garden.  Here is where I experienced my only negative interaction with a local.  As I went to pay the cashier, I was confused as to how many Euro’s the meal cost and the lady became aggravated trying to explain.  To ease the process, I just gave her more than enough then she threw my change back at me on the table.  In America, I would have told the lady she was rude and maybe even gave her a piece of my mind but here in Munich alone as a black man I just grinned and beared it.  I ordered a quarter chicken meal and to be honest it wasn’t that great.  The food lacked seasoning and was a bit overcooked but to those who are familiar with the culture this is a bit of the norm. 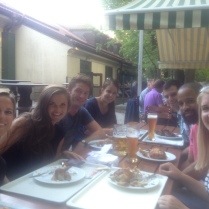 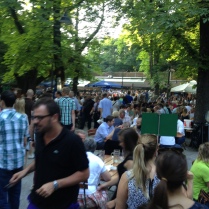 Throughout the stay we visited several beer pubs & beer halls.  This may have been my favorite part of the trip.  As a minor, self-proclaimed beer connoisseur I appreciated the variety of beer available and how good they actually tasted.  The festive environment in each place was very contagious and fueled the fun.  Munich is the home of Oktoberfest, the world’s largest beer festival, and judging by the environment I experienced I could only imagine how much fun Oktoberfest would be.  All in all, Munich was a very cool trip.  I would love to visit during Oktoberfest or possibly stop back through during a two week Eurotrip like many of my counterparts were on. 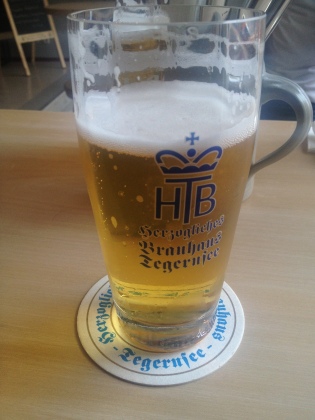 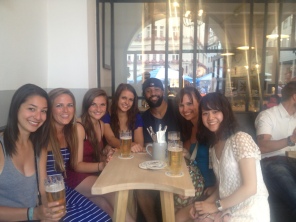 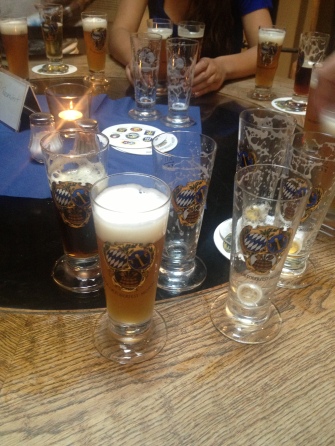 Best of the Rest (In Pics) 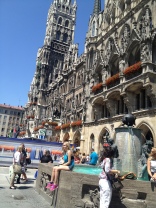 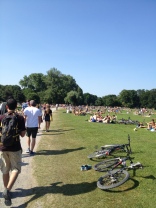 Munich has several nude parks/beaches… It’s what you think it is, but not as pleasant to the eyes lol